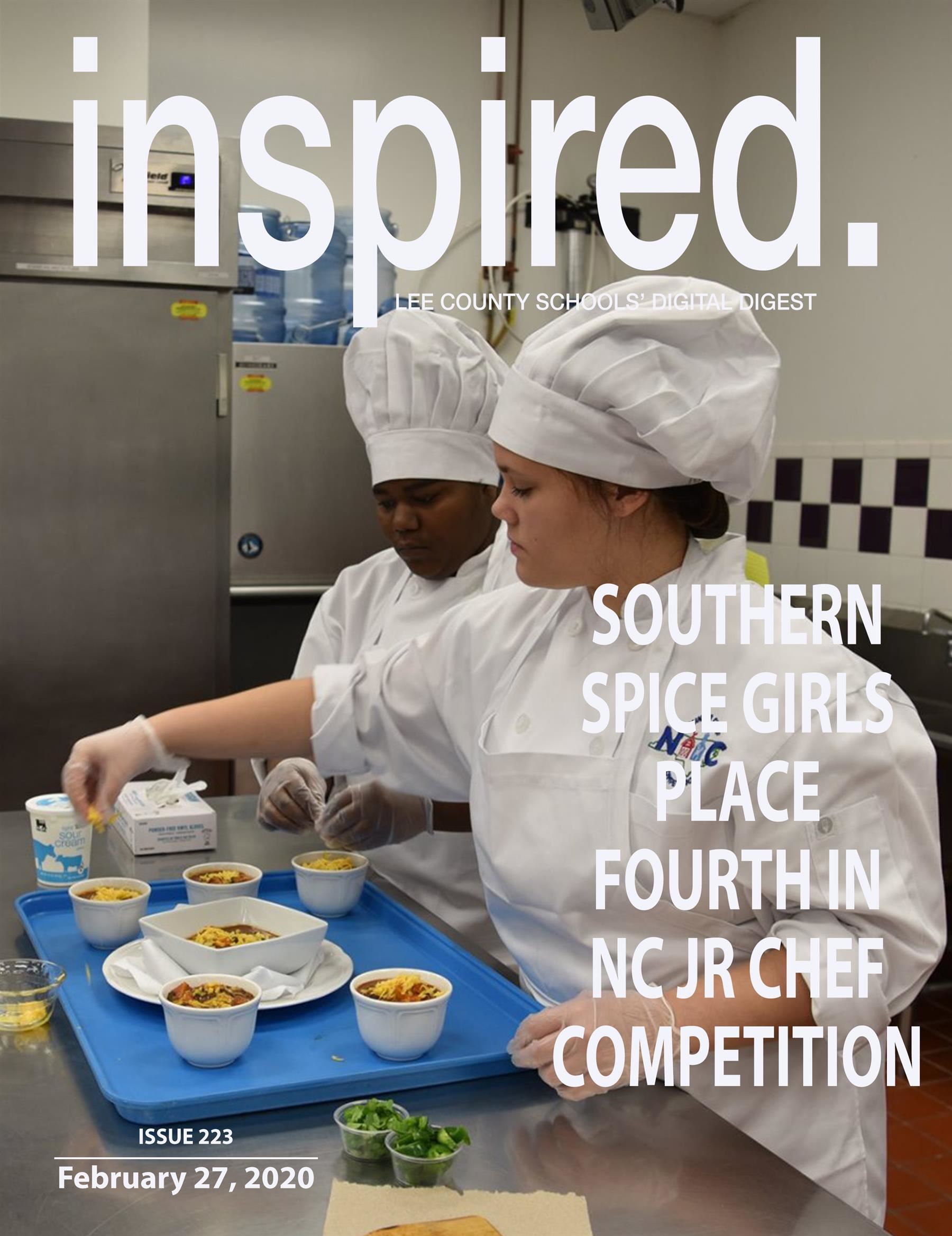 One of Lee County's best new dishes isn't one you'll be able to find in any of our many restaurants.

Instead, the Sweet Carolina Chicken Bang Bang – an outside the box take on chili – was served several times this year at Southern Lee High School by a team of students from Gwen Williams' Foods II class.

The team, known as the “Southern Spice Girls,” consists of seniors Carlee Dollar and Shaughnesty Dorsett, as well as juniors Jacora Murchison and Brianna McNeill. They took their Sweet Chicken Carolina Bang Bang to the 2020 North Carolina Jr. Chef Competition at Johnson and Wales University in Charlotte earlier this month.

Williams said the competition required the dish to meet the definition of a school lunch entree – a main course that combined meat or a meat substitute, 350 calories or less, 480 mg of sodium or less, 35 percent of calories from fat, et cetera. The cost per serving was a modest $1.04.

And while the showing at competition wasn't what the team had hoped for – they had an ambitious goal of placing first in their first ever competition – the Sweet Carolina Chicken Bang Bang was a hit with the judges, gaining compliments on the composition and preparation, and scoring just one point shy of third place.

“When they said 'fourth place – Southern Lee,' I was so disappointed,” said McNeill said.

“I was just like 'really? We lost to a lettuce wrap?” Dollar added with a laugh. 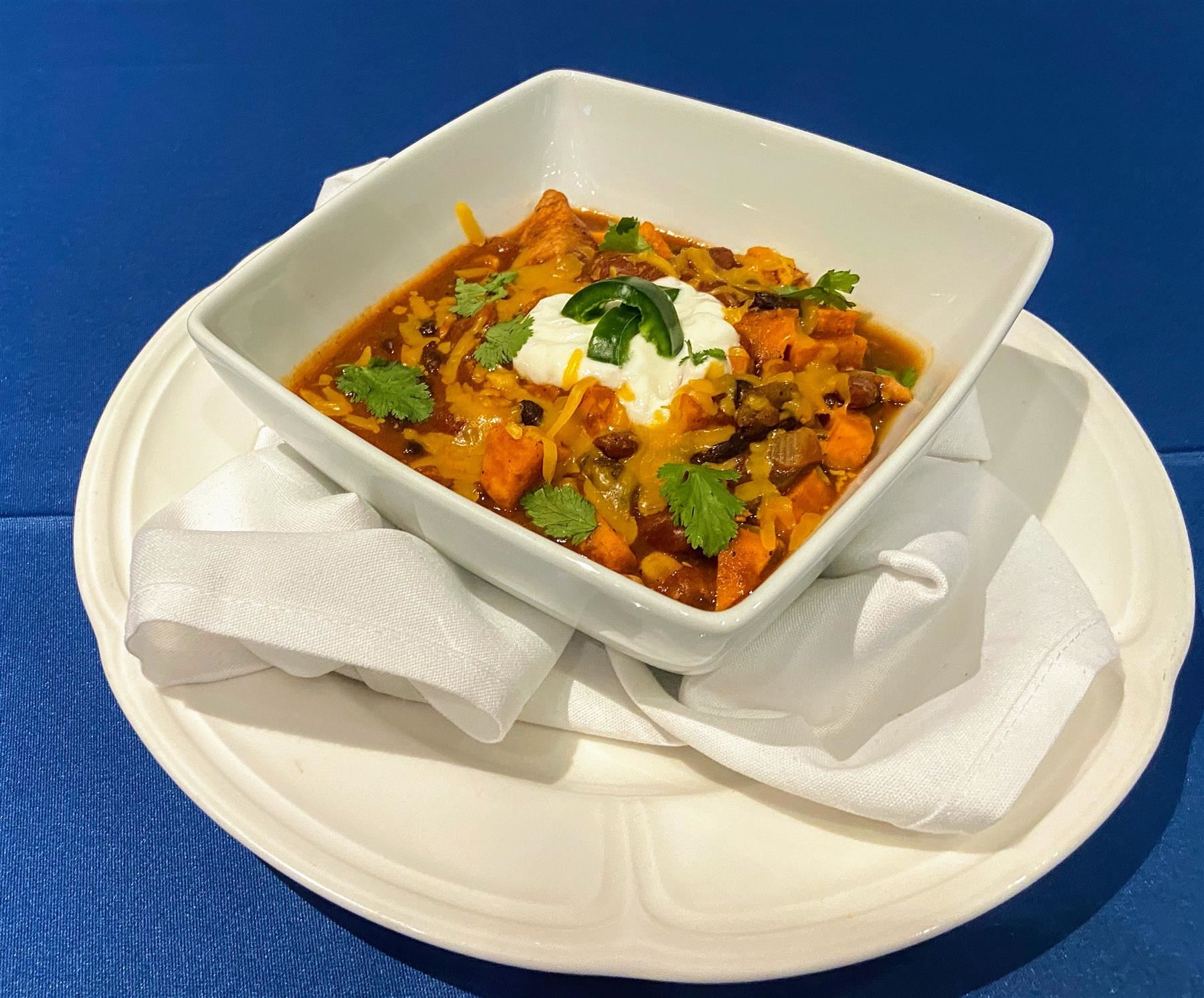 Though disappointed in anything other than a first place finish, the girls still take pride in their conception of the dish, which began back in September as “Southwest Chili” before evolving into its current form, which featured chicken, sweet potatoes, corn and beans, as well as spices like paprika and cumin and vegetables like tomatoes and green peppers. It was all topped off with hot sauce, cheese and sour cream.

“The first version was a vegetarian chili,” Murchison explained. “It was nasty.”

Dorsett said that initial iteration of the chili “was like baby food.” 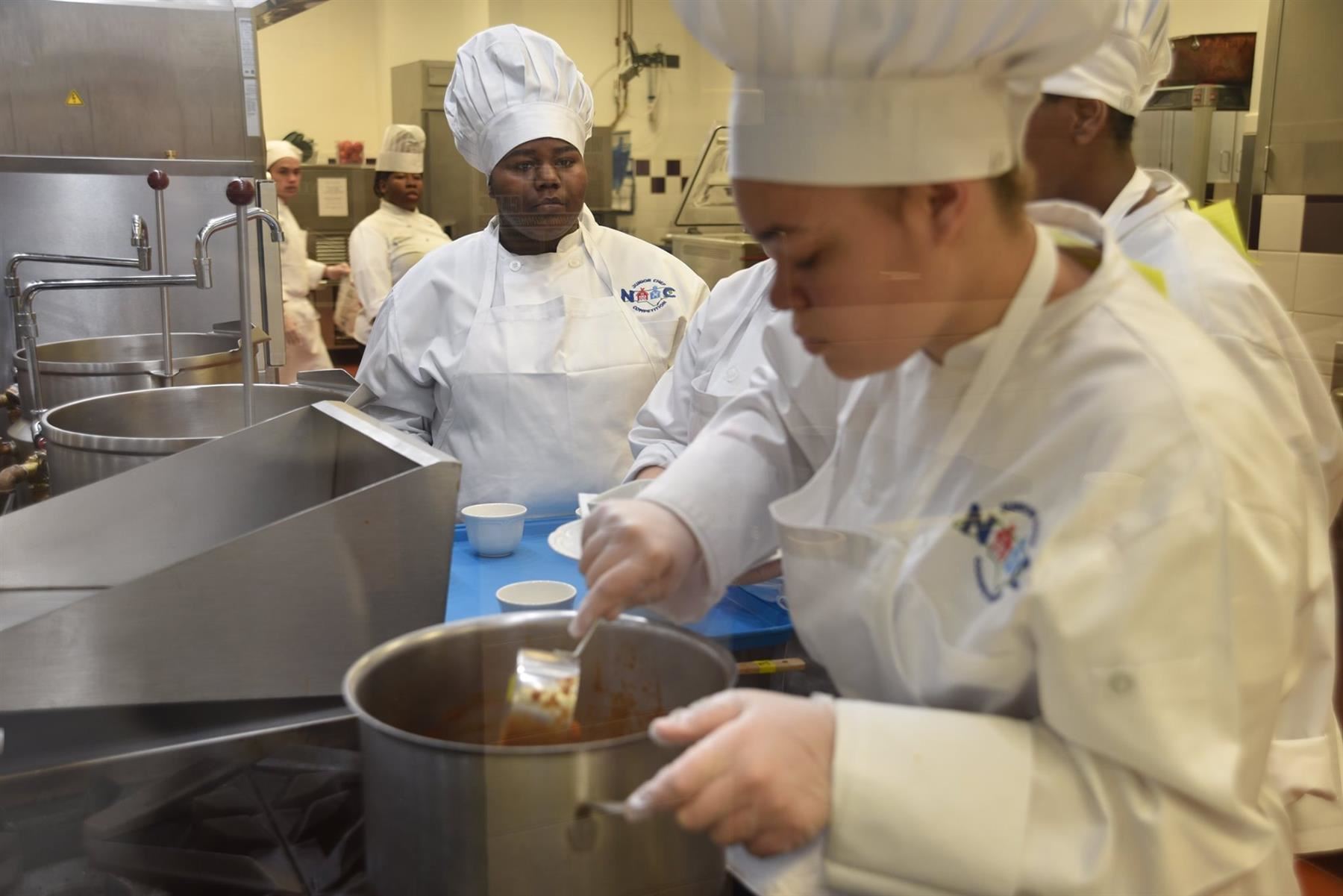 The Southern Spice Girls during the competition.

But after getting feedback from everyone ranging from other students to the school nurse, principals, cafeteria workers and others, the dish eventually felt right for competition. That process involved trying different kitchen techniques to get everything just right, and even included help from the district's child nutrition director, and chefs Gregg Hamm, Regina Hargett and De-Ven Atkinson from Central Carolina Community College's culinary program.

“One time we added liquid, and it made the dish too watery,” Dorsett explained. “We tried adding rice, but it added calories and time.”

Dollar said the group eventually gave the dish extra time to simmer, resulting in a thicker, more-chili like consistency.

“That also made it taste better, because the flavors had time to meld together,” she said. 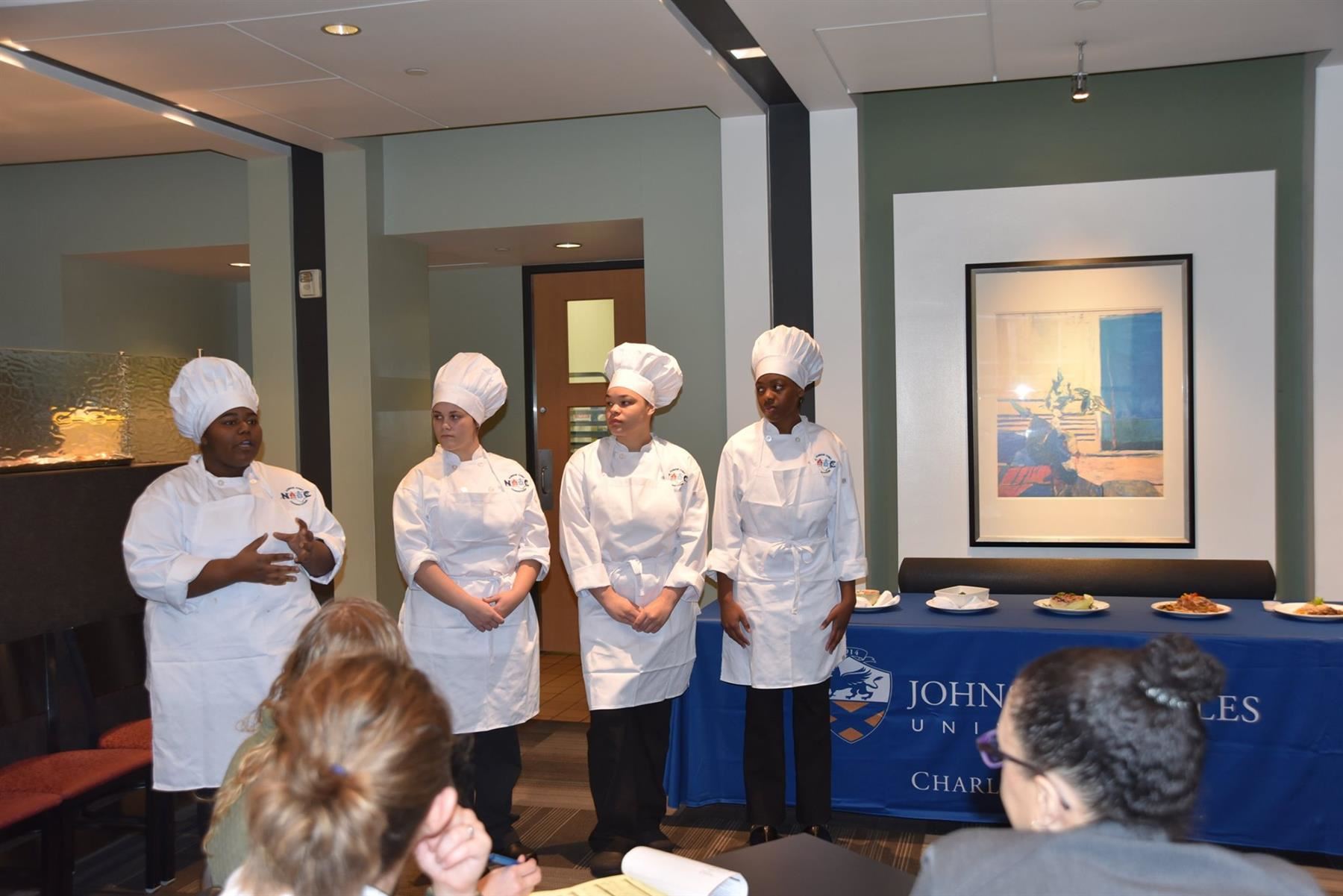 The team presenting their recipe and discussing the components and cooking process.

Each of the girls say they're not likely to pursue working in a kitchen as a career, but they also rattled off the lessons they learned that can apply to just about any field.

“Working on a budget,” noted Dollar.

“Working together as a team, and learning how to substitute different things if something doesn't work,” added Murchison. 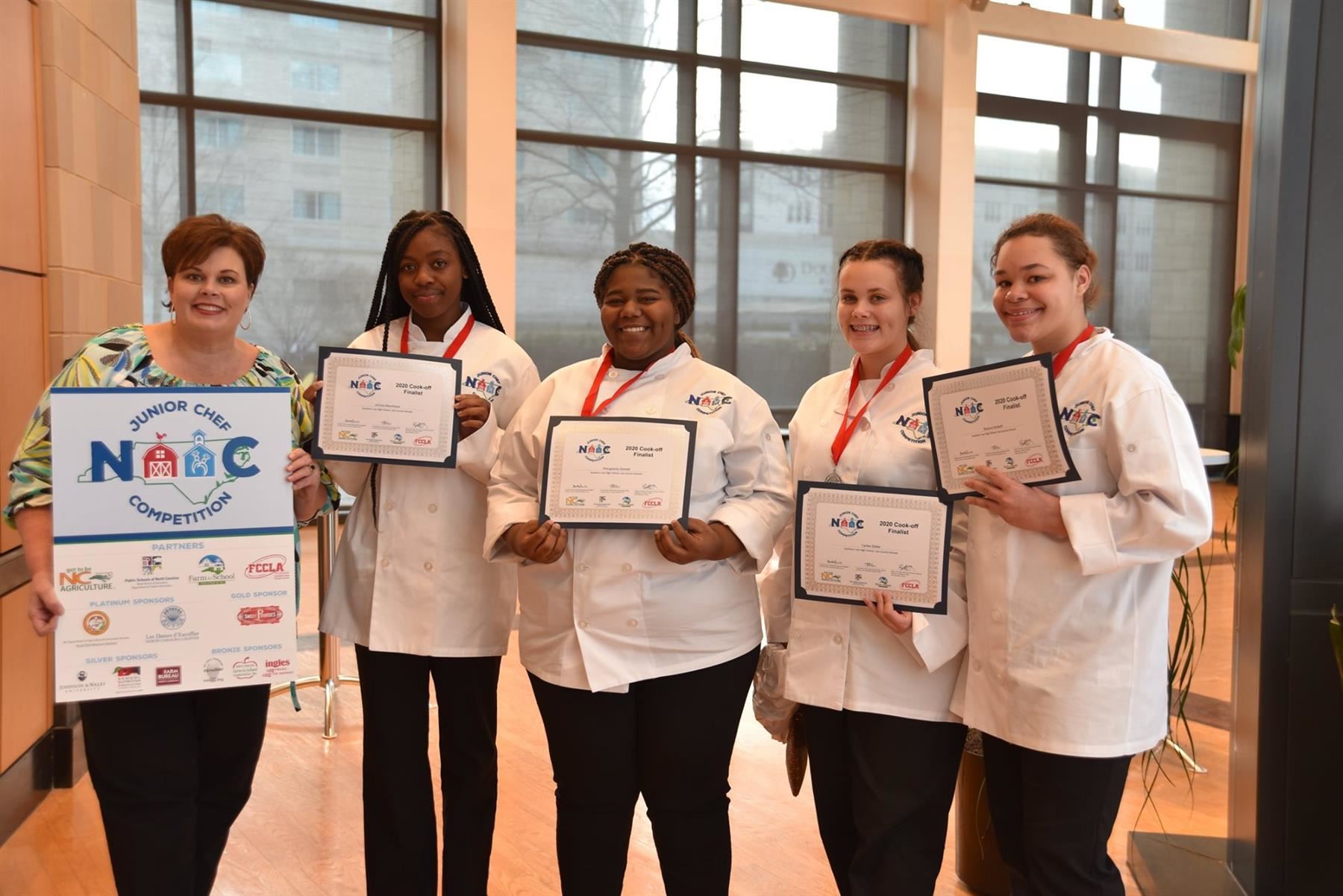 And Williams said the team became closer through the process, not just with one another, but also with her.

“The bond I've got with them, I haven't had that kind of bond with students in a while,” she said, explaining that the group came back from the competition with a litany of inside jokes and shared experience that makes the whole thing worth it. “Their teamwork is flawless. They know how to work with each other, and they know how to work under pressure and be prepared.”

And while two of the team members will graduate this spring, Murchison and McNeill say they hope to compete next year.

“We can't replace y'all, but we've gotta find some new people,” McNeill said with a laugh.