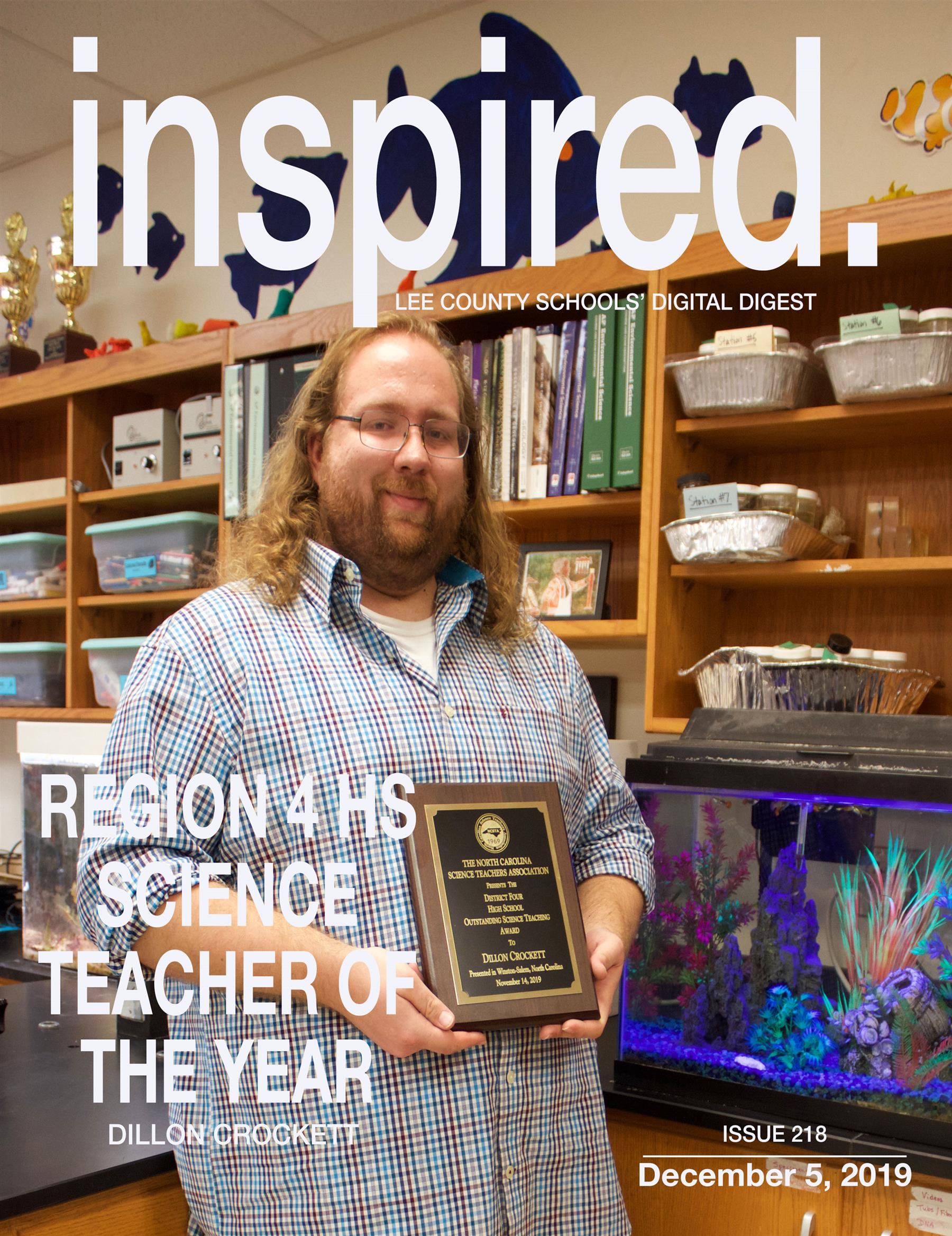 To that end, Crockett, a sixth-year science teacher at Southern Lee High School, rattles off a lengthy list of extracurriculars he's involved with on campus: Quiz Bowl. Science Olympiad. Chairman of the School Improvement Team. AIG adviser. The list goes on, and it's all in addition to his regular, advanced and honors biology classes.

“Out of the hours of the day, I'm definitely in my classes the most,” he said. “But I consider everything I do to be an extension of my role as a classroom teacher. All of us in this building have a stake in the overall performance of this building.” 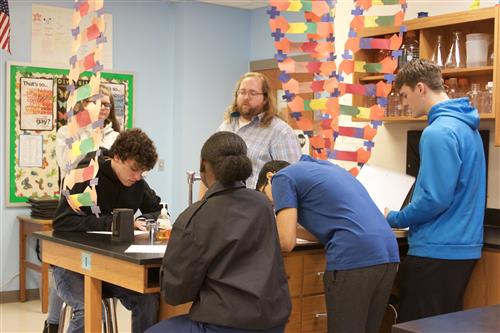 Crockett's busy schedule was rewarded recently when the North Carolina Science Teachers Association named him the Outstanding Science Teacher of the Year for the state's fourth district, which includes Lee and 10 other counties. He was presented with the honor at the NCSTA's annual conference in Winston-Salem back in November.

In order to be considered for the award, Crockett had to submit some writings to the organization, mostly dealing with his educational philosophy, which he says is about “teaching every type of student.”

“There's a wide variety of challenges and gifts that each student brings to class, and it's important to adapt my approach based on the needs of each class,” he said. “Students in my AP biology class need very different services from me than the students in a standard biology class.”

Crockett was raised in Fayetteville and earned a bachelor's degree from the University of North Carolina in 2014 and a master's degree from Clemson University this year. He said between his classes and his extracurricular activities, he has a chance to interface with lots of different students. 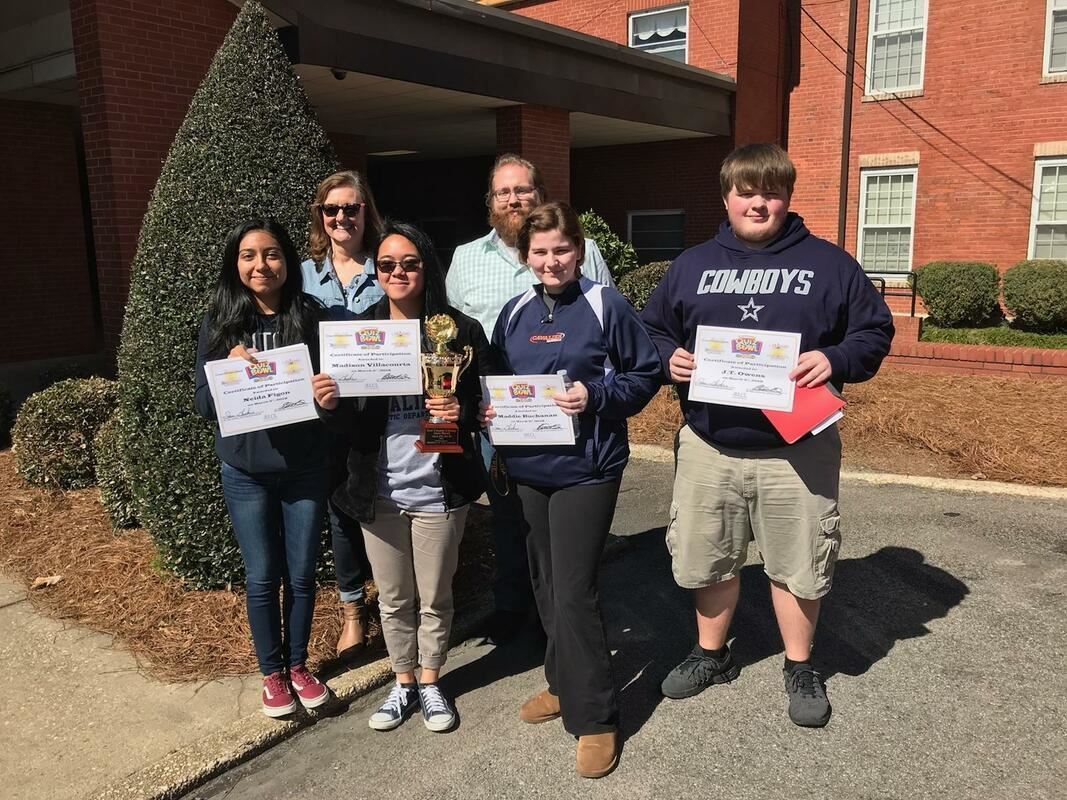 “It's a mix,” he said. “Some of the students I have in these groups (Quiz Bowl and Science Olympiad) are students I've had in my classes, and other ones are ones I've never even seen walking the halls. Southern Lee has a lot of extracurricular activities that are vocation-oriented, so Science Olympiad and Quiz Bowl are two of the only ones that are academically-oriented. A lot of the students that take part are really interested in learning, and it's cool to see them have an opportunity to show that.”

Quiz Bowl represents a particular goal for Crockett. His classroom is home to four trophies for the event – all of them for second place. (Lee County High School's Quiz Bowl dynasty has been a past focus of Inspired.)

“It absolutely is,” a goal to defeat Lee County, Crockett said with a smile, noting that Southern's rival in Science Olympiad is Lee Early College. “It's very competitive.” 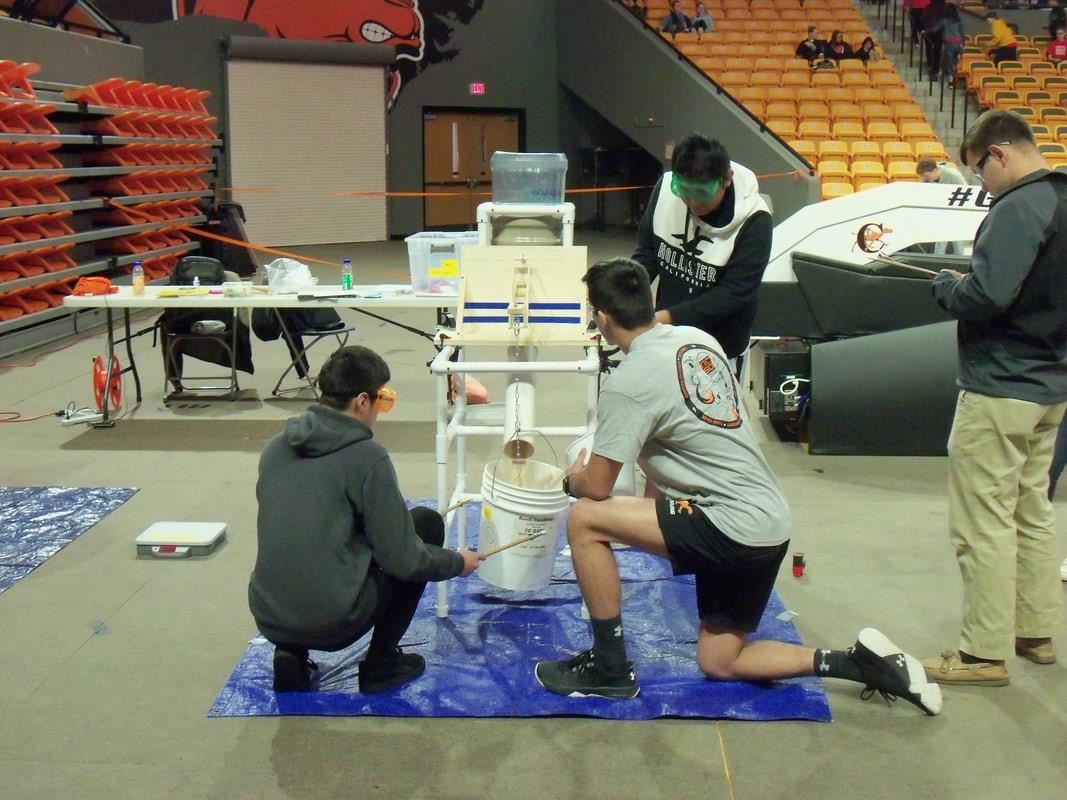 Several of Crockett's Science Olympiad students setting up a boomilever.

Crockett praised the administration at Southern Lee for allowing faculty-wide leeway in determining what they want to do outside the classroom to help students achieve.

Southern Lee Principal Molly Poston said Crockett is “an asset to our science faculty and to our school.”

“Mr. Crockett is a driven and passionate professional,” she said. “He works tirelessly to meet students' needs while presenting science concepts in meaningful and creative ways.” 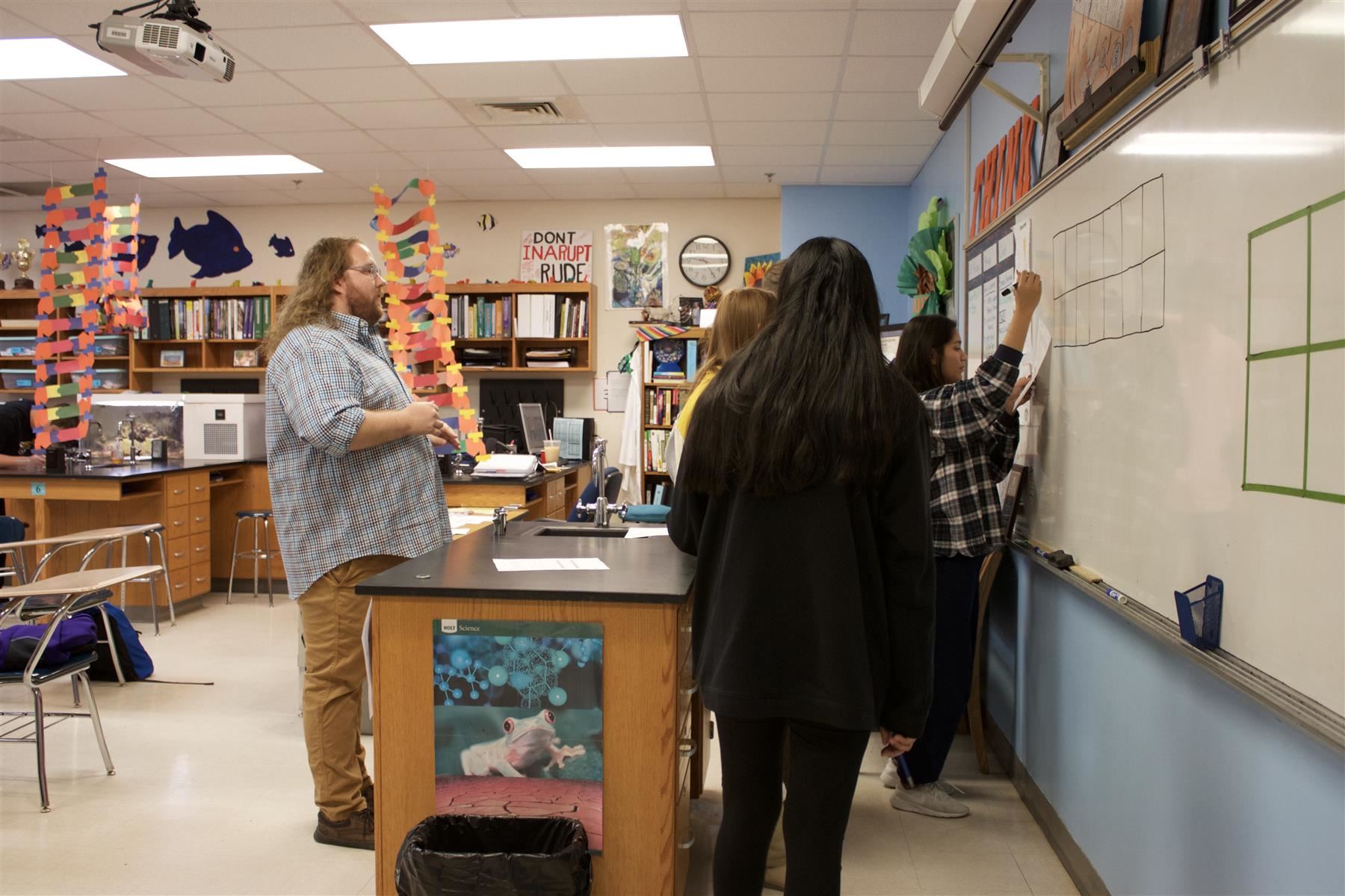 The AP Biology students then had to create a table and a graph with their results from the penny lab.

“It is my desire to fill the school with educators who have a desire for continued education and a passion for their curriculum,” he said. “Mr. Crockett has proven himself to be one of those educators.”