INSPIRED. Southern Lee High And Moldova, Learning From Each Other 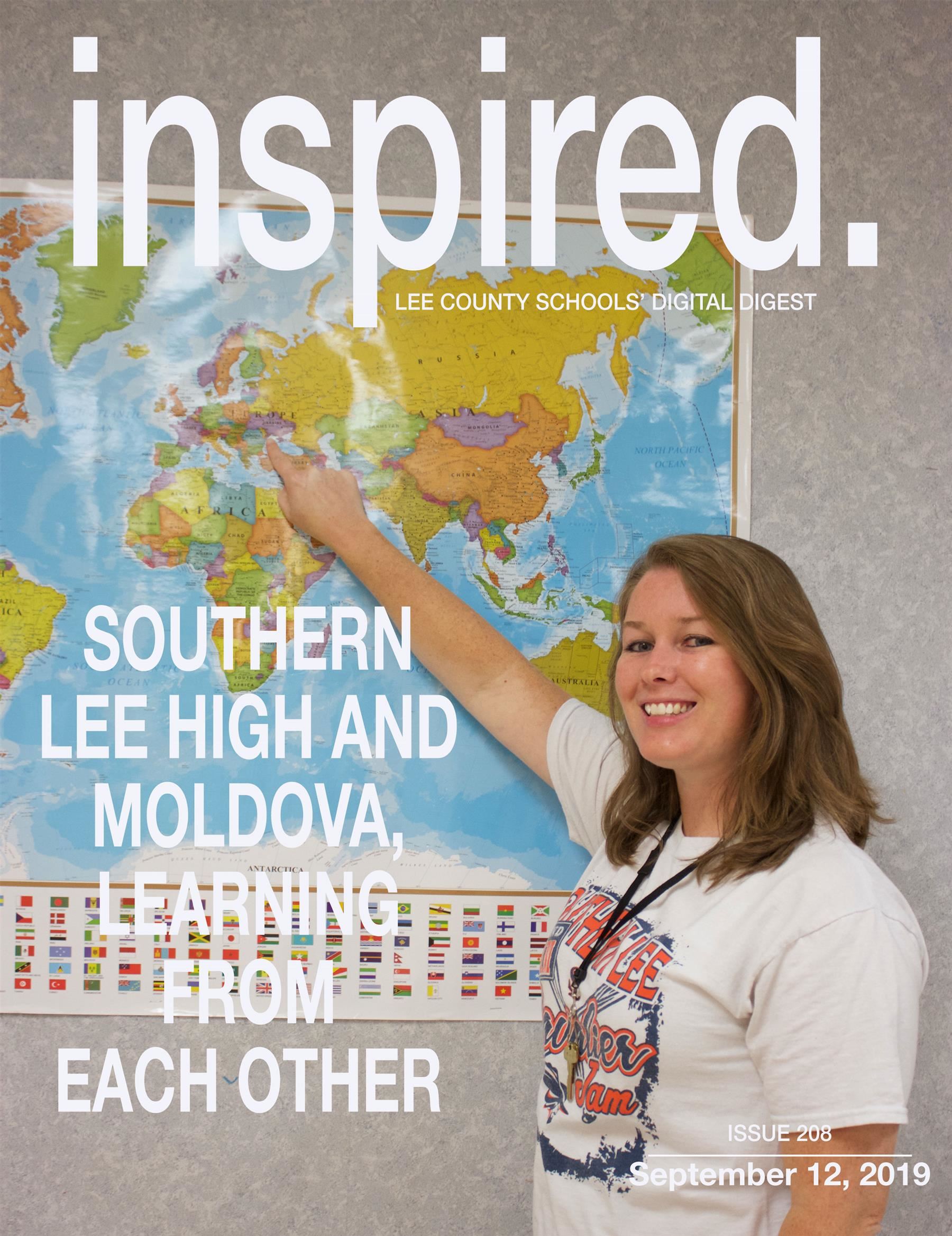 When Southern Lee High history teacher Amber Burns told her colleagues that she was going to spend part of her summer in Moldova, many of them cringed a little when they asked her just where that was.

“I didn't judge too much,” Burns explained with a laugh. “Moldova is a very young country and a very small country.”

Burns has been at Southern Lee for the last seven years, and said that as the 2018-19 school year was winding up, she began looking for professional development opportunities. That's how she found out about World View, a program of the University of North Carolina which “equips educators with global knowledge, best practices to prepare students to engage in our interconnected and diverse world.”

World View was offering an opportunity for educators to travel to the Eastern European Republic – which only became independent from the old Soviet Union in 1991 – and work with teachers there to expand the country's offerings in English language instruction and other global education. Burns applied and was accepted (she initially thought she couldn't afford the trip, but received help from the Sanford Rotary Club and the Jonesboro Rotary Club in paying her fare). She traveled to the country in June.

“Being a smaller country, a lot of their students end up going to Germany or Italy or someplace else for work,” Burns said. “So they realize that their students truly do need a global education.”

The delegation – made up of eight other educators from North Carolina, including two district superintendents and a principal – mostly stayed in the country's capital Chisinau, where they met with instructors running the spectrum from elementary school to college, and from poorer public facilities to high end private ones. They also met with members of the country's parliament, the United States' ambassador to Moldova and the country's minister of education.

And while Burns learned plenty and was able to connect well with her Moldavian counterparts, she said the most exciting thing about the trip is what she'll be able to bring back to students at Southern Lee.

“They're willing to do this exchange, and we're willing to do this exchange,” she said, explaining that she's looking forward to connecting her Interact Club students with students in Moldova through video conferencing and other means. “An organizer over there is going to connect me with an educator in Moldova who is the best match, and we'll be able to have a cultural exchange where we learn about them and they learn about us.”

Burns said that opportunity for direct contact with peers from a different country will absolutely be a way for Southern Lee students to broaden their horizons.

“For many American students, nothing outside of America exists,” she said. “This is an opportunity for them to Skype and have contact with people their age who are from another country, one they've probably never heard of.”

While in Moldova, Burns said her exposure to the dominant Greek Orthodox Christianity was an example of how she could integrate that type of learning into her classroom.

“In world history, part of the curriculum is exposing children to world religions,” she said. “Over there the main religion is Greek Orthodox Christianity, so they understand the Christianity, but there's also an opportunity to show the kids a few aspects of something different than what's prominent here.”

Burns explained that the United States has been active in helping Moldova advance since the end of the Cold War, and that North Carolina has a particular connection to Moldova since its National Guard has spearheaded several initiatives there over the years. She said she's excited to be a part of that relationship going forward, and said she's even hoping to expand it with regards to Lee County.

“If there are any other teachers in the county that are interested in establishing a partnership like this with Moldova, they can reach out to me,” she said. “Any grade, any subject.”

In compliance with federal law, Lee County Schools administers all state and federally operated educational programs, employment activities, and admissions without discrimination because of race, religion, national or ethnic origin, color, age, military service, disability or gender except where exemption is appropriate and allowed by law. Inquiries or complaints should be directed to John Conway, Assistant Superintendent, at the Lee County Board of Education, 106 Gordon Street, Sanford, NC 27330 – 919.774.6226.
Copyright © 2002-2023 Blackboard, Inc. All rights reserved.