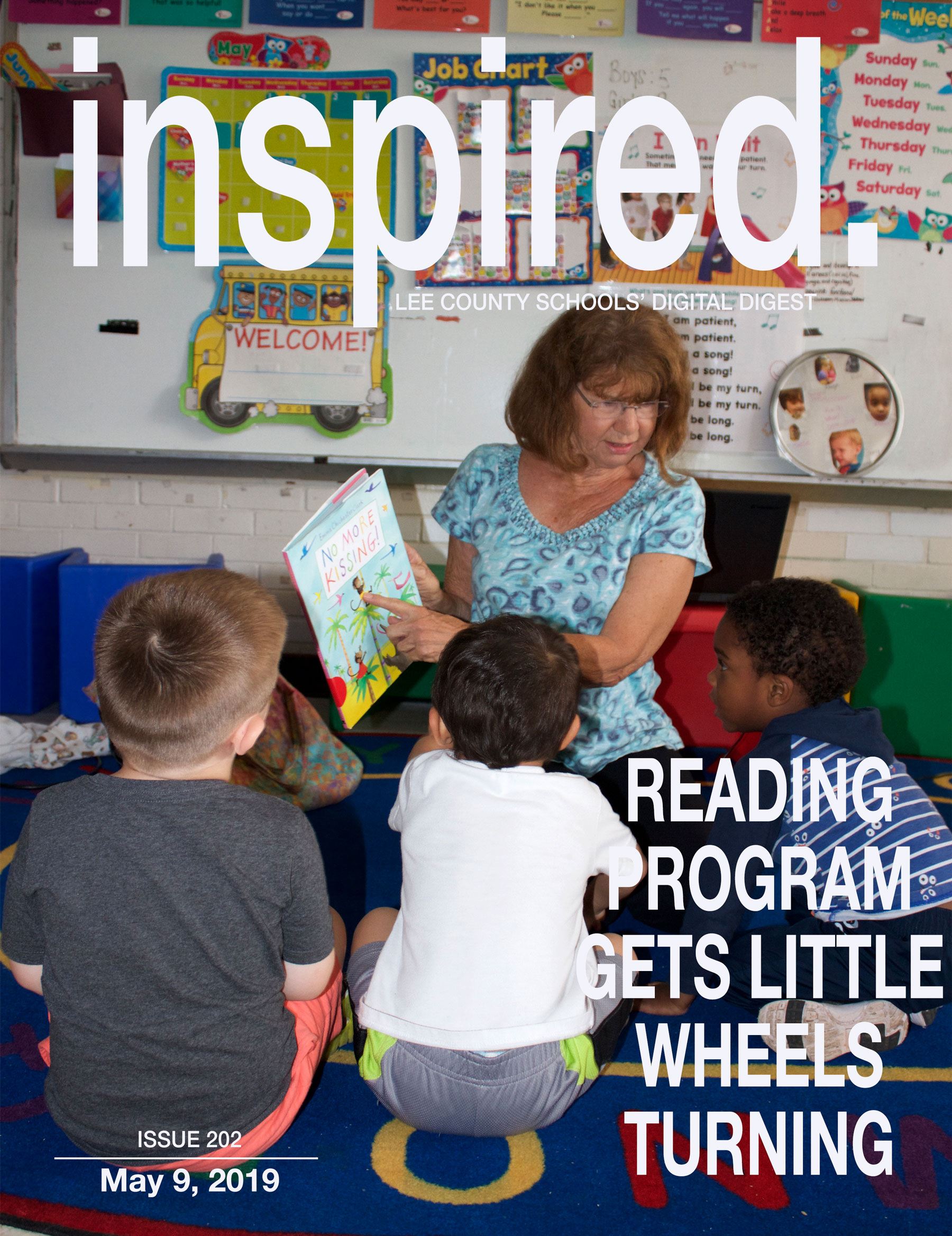 In a pre-kindergarten class at Warren Williams Elementary School on Tuesday, teacher Joy Smith spoke excitedly to her handful of students as LouAnn Lee – whom she referred to as “Nana” – read to them from a children's book.

“She comes to read to us every Tuesday at 12 – isn't that cool?” Smith asked the children. “She brought us a special animal story.”

Lee went on to identify animals from the book – flamingos, butterflies, more – as the children looked on. It was a scene that repeated itself in pre-K classrooms across Warren Williams several times that day – volunteer tutors joining students to read to them on a regularly scheduled day and time in an effort to help boost their reading comprehension ability.

Silvia Huffer, the principal at Warren Williams and Lee County Schools' pre-school coordinator, said the program was born out of a chance meeting between her and Marilee Ostman, a retired school principal who had moved to Lee County in recent years.

“I met Marilee last year,” Huffer said. “In her passion to help students, she found us. She doesn't have any tie to Warren Williams, but she found us.”

When Ostman “found” Warren Williams, she knew she wanted to begin a reading program for preschoolers, and essentially took matters into her own hands. Before long, she was visiting every pre-K class at the school on a regular basis and reading to the students. While that was laudable, it obviously wasn't sustainable, leading Ostman to recruit a group of volunteers to join her. 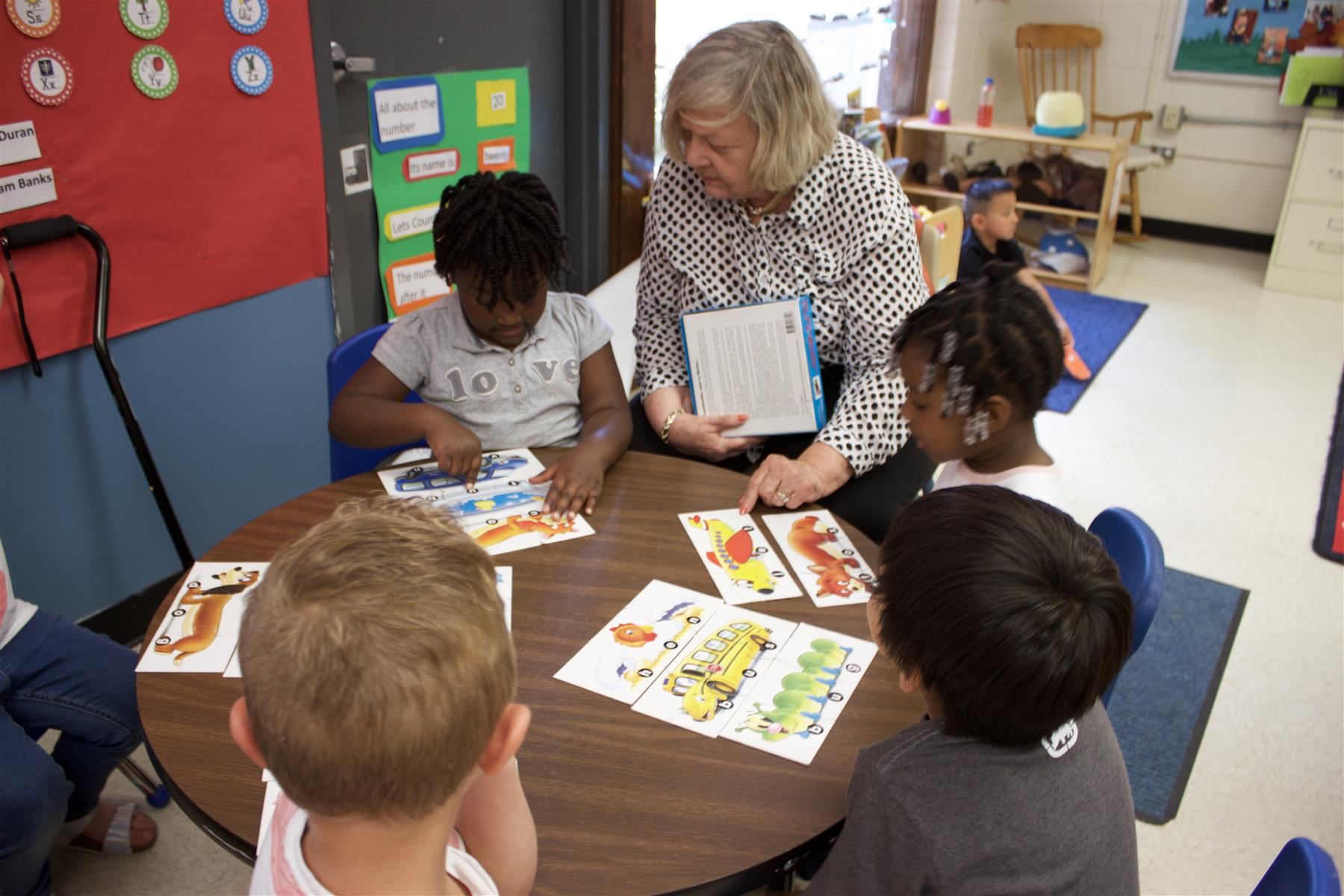 Today, there are 18 of them – more than needed, actually, and enough that there are spaces for substitutes.

“I'm willing to step away next year and become a substitute if I have to because it's such an amazing experience, and I want other people to be able to have it,” Ostman said.

Huffer said that the program has been a success in many ways, some quantifiable and others more abstract.

Tom Lee, another one of the volunteers present on Tuesday, said he can see a remarkable difference in the months since the school year began.

“I read a book to them this week that I wouldn't have even been able to attempt to read to them in January,” he said. “The attention span just wasn't there, but it is now.”

Susie Dixon is another one of the volunteers, and like Ostman, a retired educator. She said she came at the request of a friend thinking she would do it just once per week.

“I loved it so much that I ended up coming three times a week,” Dixon said. “I would do five if they asked. I walk in and the kids say 'oh hey Ms. Dixon!' I'm so glad I did it.” 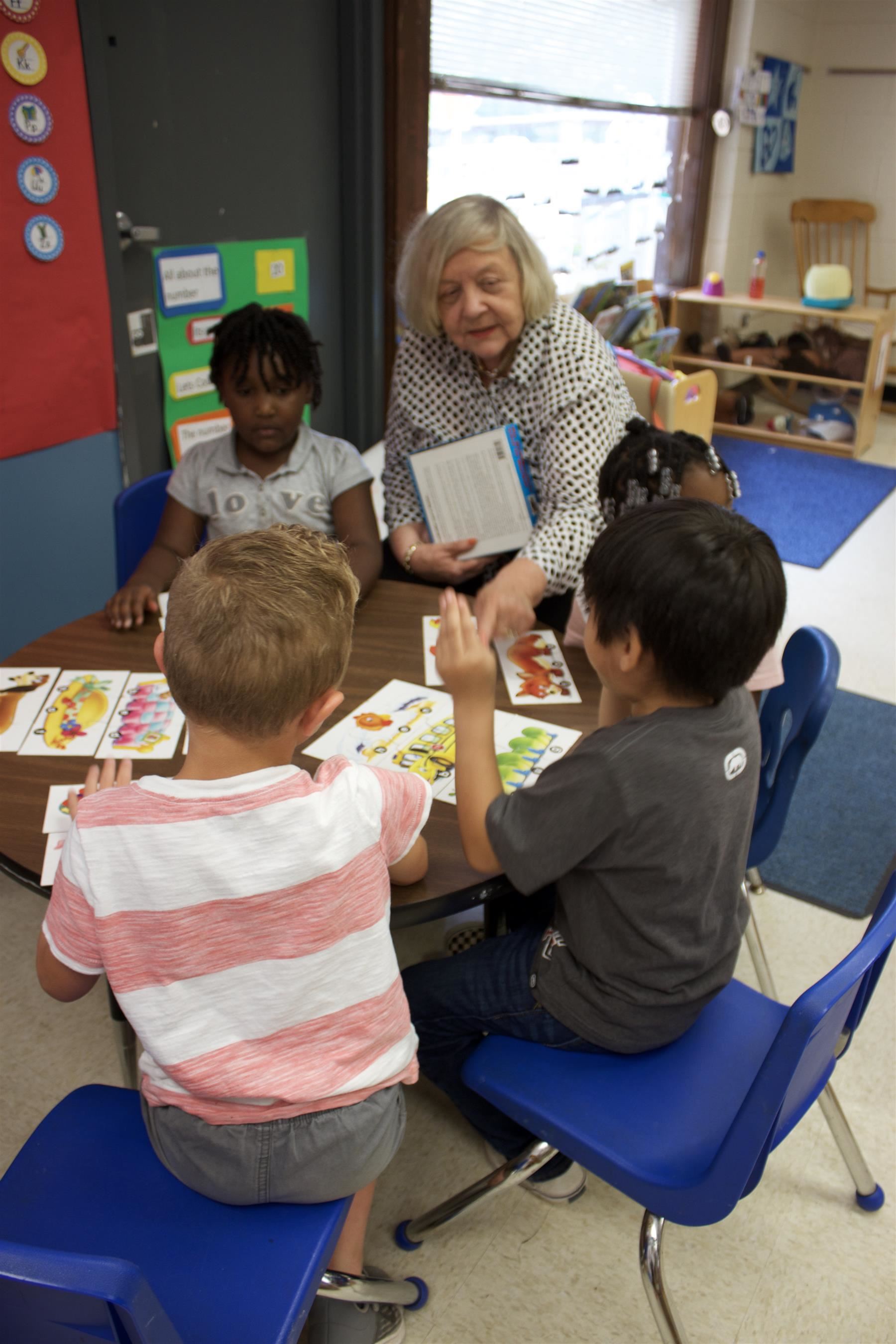 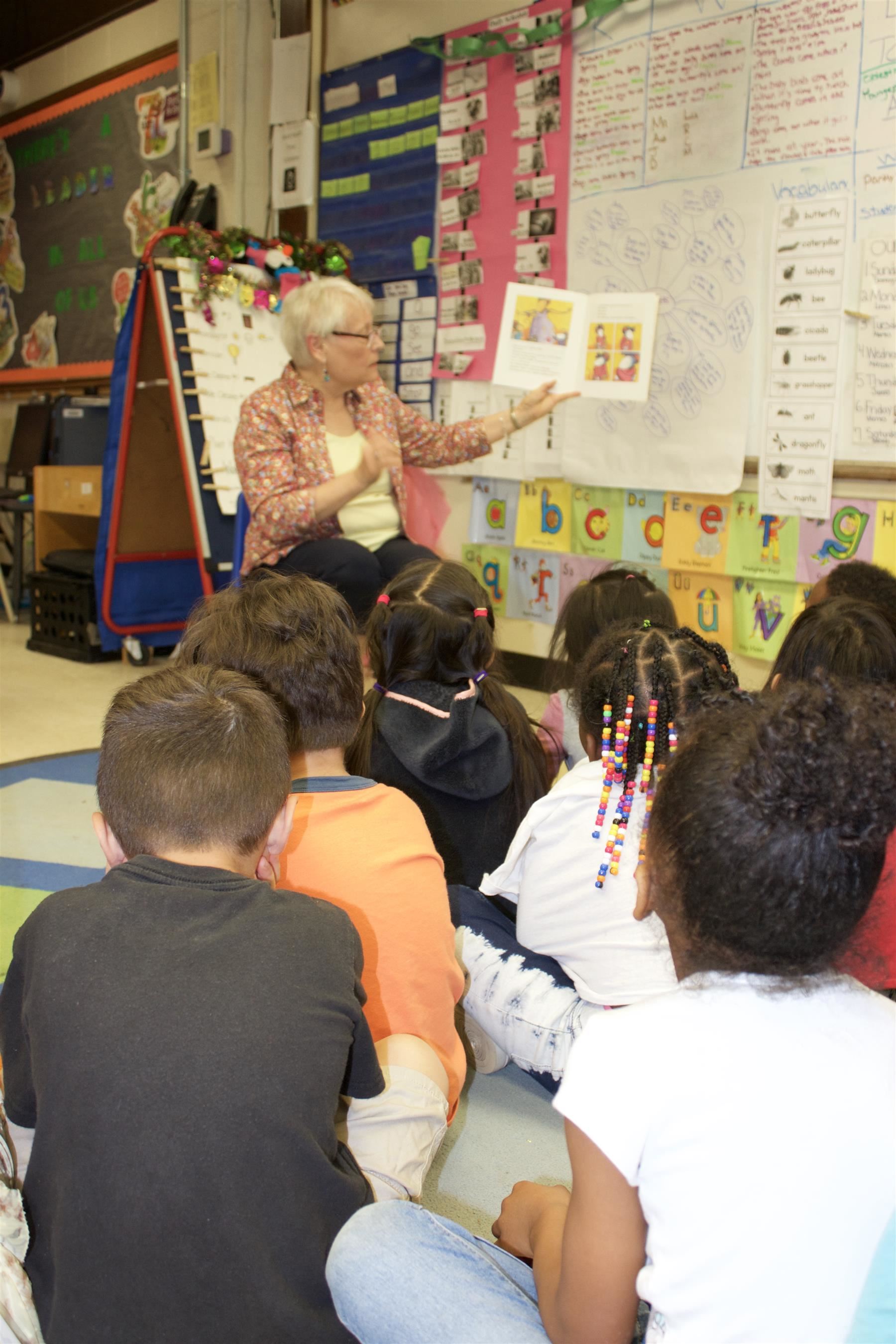 “I walk in and get pushed back against the door,” she said. “I didn't expect that kind of reaction.”

For Ostman – and Huffer – the overreaching goal of the program is largely the same as that of the district's preschool program in general: To adequately prepare kids not just for kindergarten, but for the rest of their lives.

“We want to stretch their attention spans,” Ostman said. “And also stretch their imagination capacity. You can see the little wheels turning as you give them new ideas, and that's what gets me excited, because you can see learning happening.” 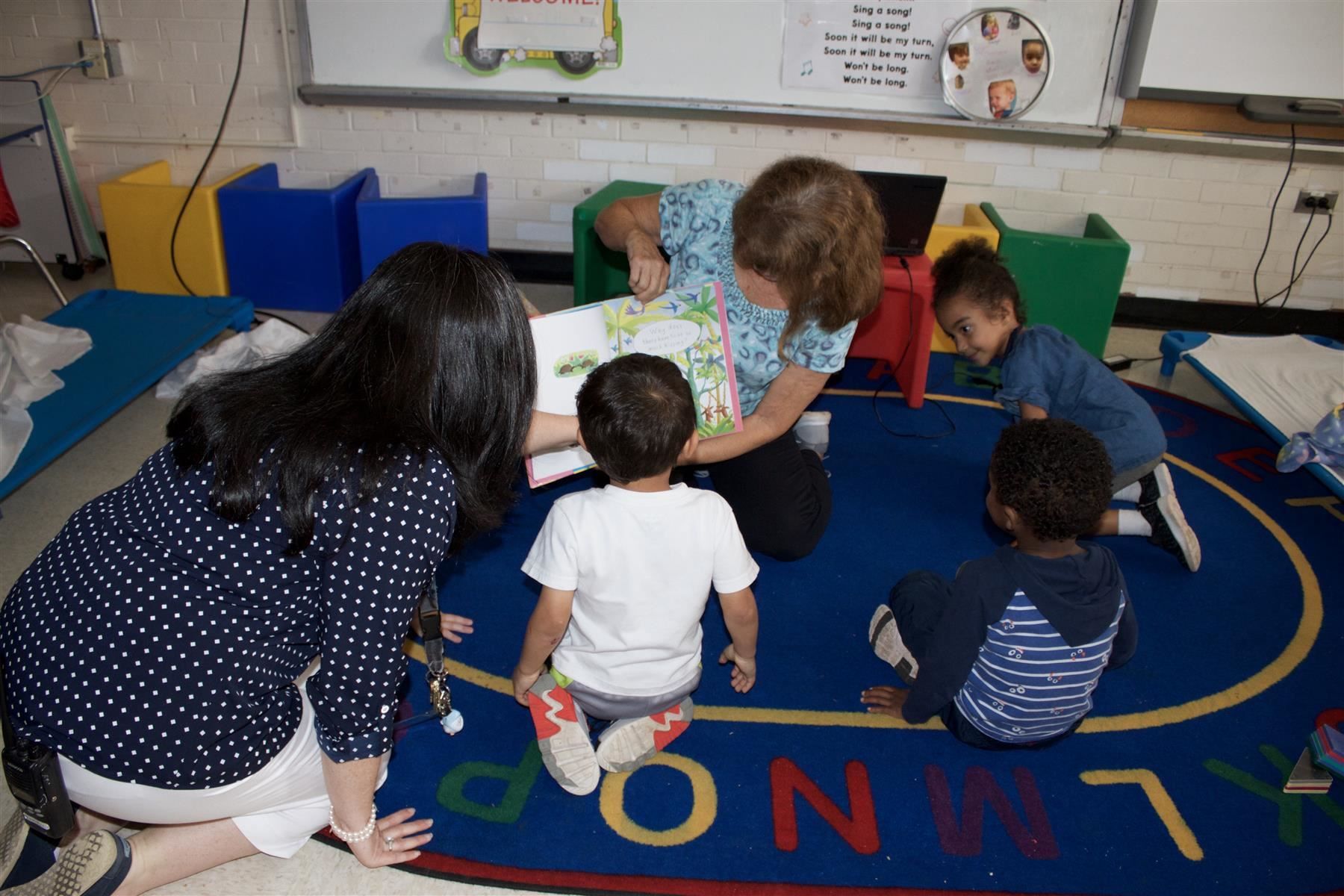 Huffer said many of the pre-K children show up with a deficiency in reading and word comprehension, something the reading program addresses directly.

“There’s research showing that by the age of four, a child should know between three and five thousand words,” she said. “And kids living in poverty sometimes know only one to three thousand words at that age. In reality, the achievement gap starts at this age, and so we purposely and intensively work with them on the academic vocabulary. We want these kids to be lifelong learners, and this is where it starts, in preschool.”