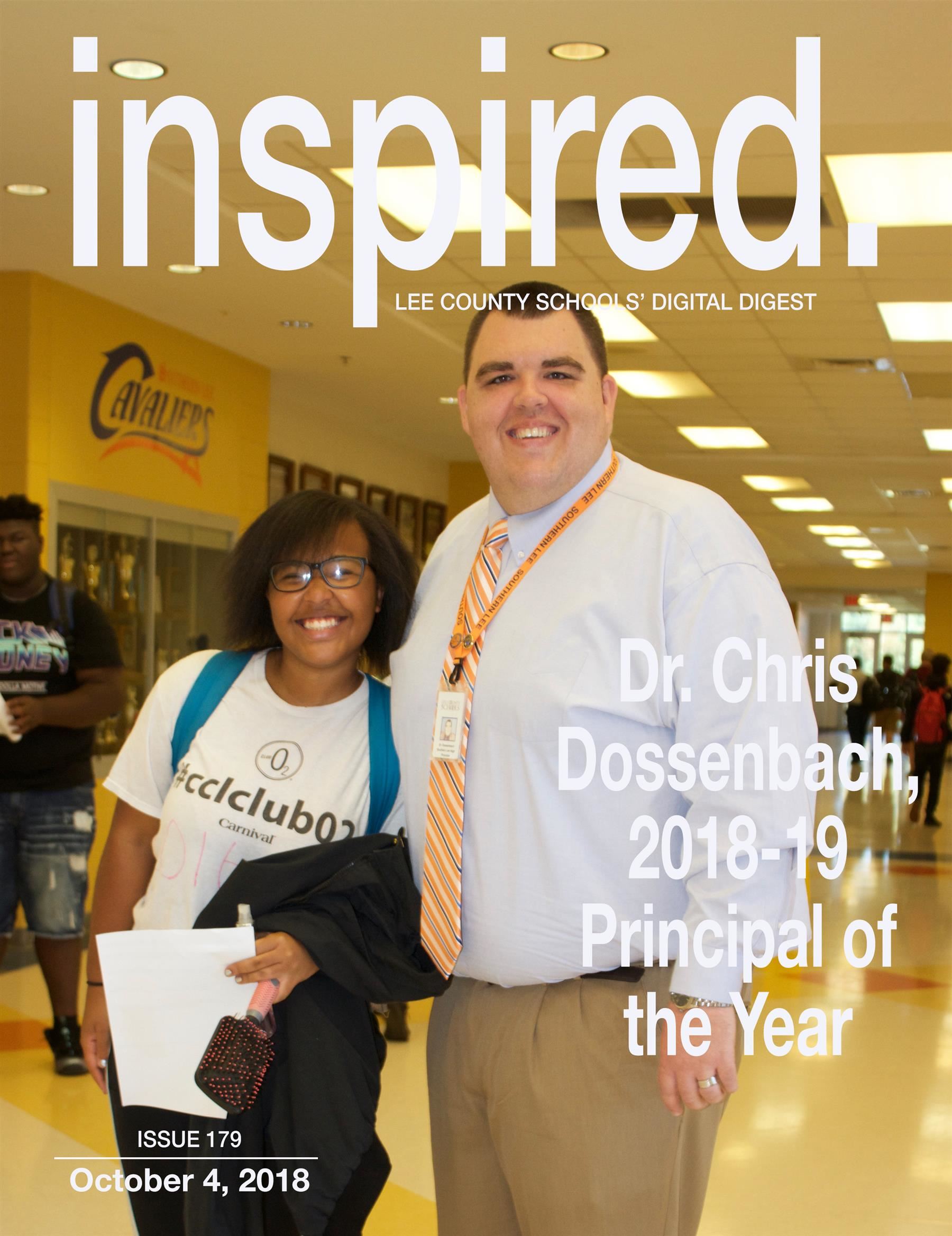 By all accounts, it was going to be a pretty routine staff meeting.

Southern Lee High School Principal Dr. Chris Dossenbach had had to reschedule the professional development session once already due to Hurricane Florence, but that had actually given him more time to prepare, to meet with his team of assistant principals and make sure everything went according to plan.

It was not to be.

As he kicked off the session Tuesday afternoon in the high school's media center, Lee County Schools' Superintendent Dr. Andy Bryan abruptly announced instead – to cheers from the assembled staff – that Dossenbach was being honored as the district's principal of the year. 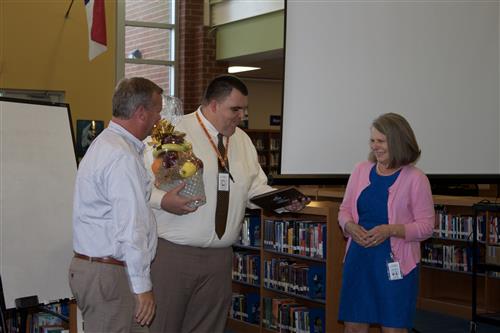 “My meeting was hijacked,” Dossenbach laughed. “It's hard to believe. My staff had to sit with me through two meetings knowing we weren't going to talk about any of that stuff.”

But the honor itself is one Dossenbach found humbling. After the initial shock wore off, he quickly told his assembled staff that the award was as much theirs as it was his. 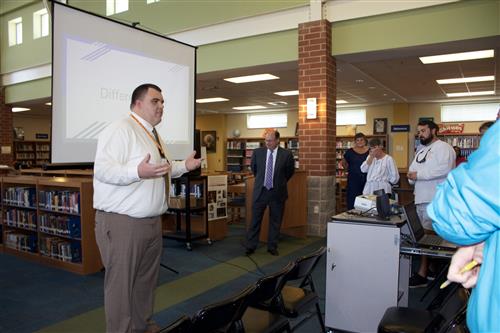 He also said “any principal in Lee County” is as deserving of the award.

“I work with a great group of principals, so it's very humbling,” he said, explaining that he's particularly close with Steven Ross, his counterpart at Lee County High School. “It's not unusual for him to call me or for me to call him, and it wasn't 30 minutes after finding out about the award that he was on the phone to me to congratulate me. Sometimes you need to debrief or ask for advice, and so it's great to have that community of principals.”

A 2003 Lee Senior graduate, Dossenbach has spent his entire career in education at Southern – first as a student teacher, then as an English teacher before moving into the top job in 2013 – so he's seen just about every aspect of the school's operations.

“Having seen things from all these different perspectives has been huge for me,” he said. “Every decision I make, I just try to think about whether it's good for the kids and how it's going to affect the teachers. I guess it would be easy when you get out of the classroom to just kind of bark orders, but that's not who I want to be.” 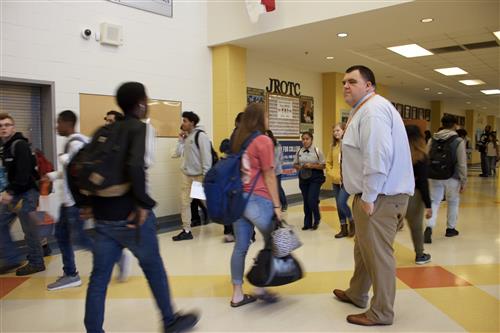 For Dossenbach, then, the approach is to ensure that he's seen by his staff and student body as much as possible.

“I'm not a fan of sitting in my office checking emails,” he said. “I like to be in the halls during class changes, because that's when you really get the pulse of what's going on. I like to be in the cafeteria during breakfast because you really get a feel of how the day is going to be. I just like telling the kids 'good morning.' Being out there is a great way to make sure you're in touch with what's going on.”

Dossenbach's tenure at Southern Lee also has its own way of humbling him.

“When it becomes awkward is going into a veteran teacher's classroom, in some cases they were my teachers, and it's my job now to critique them, knowing they know more about education than I ever will,” he said. “But I have a lot of respect for those veteran teachers, and I'm still learning from them.” 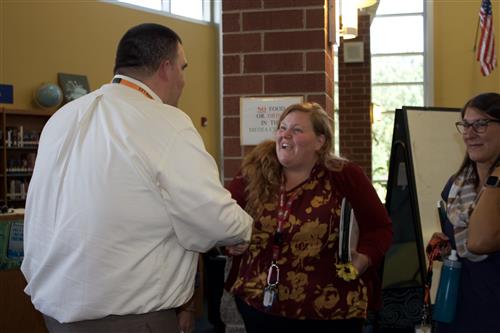 Dossenbach's also never stopped learning in other ways as well. He recently obtained a doctoral degree in educational leadership.

“Looking back, I don't know how I found the time,” he said. “But it was just a personal goal of mine. I love school and I love being a student. Although after writing a dissertation, I don't know if I ever want to write another paper.”

Meanwhile, Dossenbach's still got that professional development session to complete. He's reasonably sure it'll happen for real this time.

In compliance with federal law, Lee County Schools administers all state and federally operated educational programs, employment activities, and admissions without discrimination because of race, religion, national or ethnic origin, color, age, military service, disability or gender except where exemption is appropriate and allowed by law. Inquiries or complaints should be directed to John Conway, Assistant Superintendent, at the Lee County Board of Education, 106 Gordon Street, Sanford, NC 27330 – 919.774.6226.
Copyright © 2002-2022 Blackboard, Inc. All rights reserved.